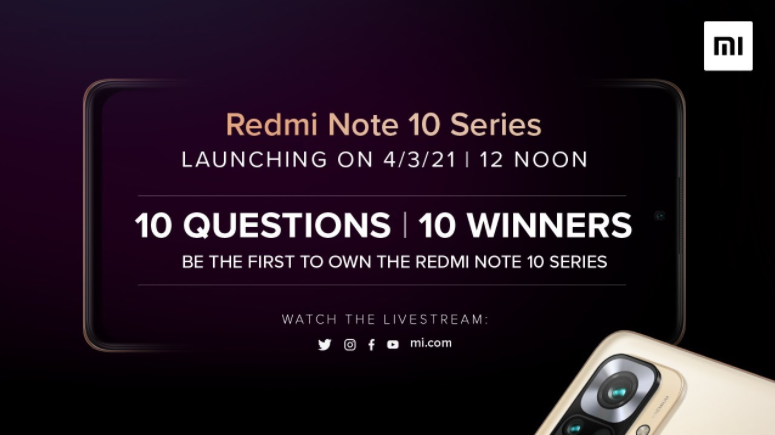 Xiaomi Redmi Note 10 Series Launch Event, The launch date of the Redmi Note 10 series in India is not yet revealed but Xiaomi has confirmed that the series will arrive in early March 2021.